Gietzen, who has a commercial pilot’s license and flies a four-seater Mooney as part of his shearing operation in Minot, N.D., had won many contests at county and state fairs but had never won the North American Sheep Shearing Challenge at the Calgary Stampede. But that all changed with a swift stroke of the clippers Sunday.

In an all-Dakota dust-up at Victoria Pavilion, Gietzen knocked off Tony Troendle of Black Hawk, S.D., in the open division to win his first championship buckle at the Stampede’s 14th annual clipping clinic. His victory was also worth a cheque for $2,000.

“I’ve been here a number of times. As one spectator told me, I’m up and down. Some years I’m good; some years I’m not as good,” said Gietzen, who shears about 35,000 sheep a year. “That same guy came up to me yesterday, and said, ‘You know, your not so good years are getting less frequent, and you’re getting more consistent. I actually did feel really comfortable this year.”

Gietzen and Troendle each sheared five sheep in the final, with Troendle keeping up the blistering pace he’d set in the semifinal against Cliff Metheral of Nokomis, Sask., and unofficially stopping the clock 18 seconds ahead of Gietzen. But the Stampede’s shearing challenge is both a timed and judged competition, and judges also assess points for second passes with clippers, and later examine the animals for remaining ridges and tufts of wool and inadvertent small cuts or nicks in the skin.

When the smoke had cleared, Gietzen sported a winning score of 27.4, compared to Troendle ‘s 30.3. Low scores, which means less penalites, win.

“We like to go fast. Fast is always important. But workmanship definitely counts , and from a business aspect, workmanship is what gets (ranch owners) to bring me back again, ” said Gietzen. “And I really like coming to the Stampede, because in Canada they shear to a high standard. I can do a good job, and it pays off.”

Gietzen had knocked off Ralph McWilliams of Miles City, Mont. in Sunday ‘s other semifinal. He’d entered the day as the weekend ‘s best natural fibre disengagement specialist, as the joke goes, finishing first overall with an 87.10 score through three preliminary rounds on Friday and Saturday.

Earlier Sunday, the U.S. defeated Canada for the second consecutive year in the International Team Challenge. Gietzen , Troendle, and McWilliams, representing the Stars and Stripes, knocked off the Canuck squad of Metheral, Stiglmayr and Guillermo De Los Santos of Calgary. 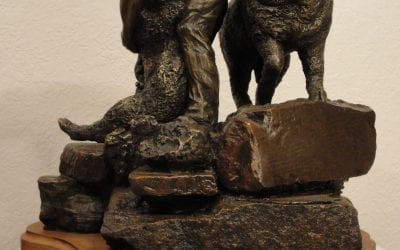 Calgary – In 2012, Hilary Gietzen of Minot, ND was the runnerup in the North American Sheep Shearing Challenge.  Some people might think that was a pretty good result.  Gietzen isn’t one of them. “I wasn’t second.  I was first loser,” says Gietzen.  The sting of his...

END_OF_DOCUMENT_TOKEN_TO_BE_REPLACED 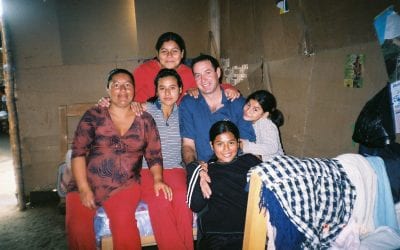 My project started in 2005.  Although I had made it to several continents shearing sheep, I really had never seen poverty.  I had always wanted to do some charity work, and when an opportunity came, I was there.      I was...